Every member of Truework’s engineering team views continuous integration as a best practice for software development. “Our team could be integrating new code over 10 times a day. In order to do this, we must be able to know why something broke and pin it to a specific issue,” said Nick Beattie, senior software engineer at Truework.

Combined with the visibility offered by LogRocket, this practice has empowered the Truework team to deploy software at an incredibly fast rate. “We’re not afraid to test out features and push the product forward because we have LogRocket to know what went wrong, so we can pull it back to correct it quickly,” said Nick. 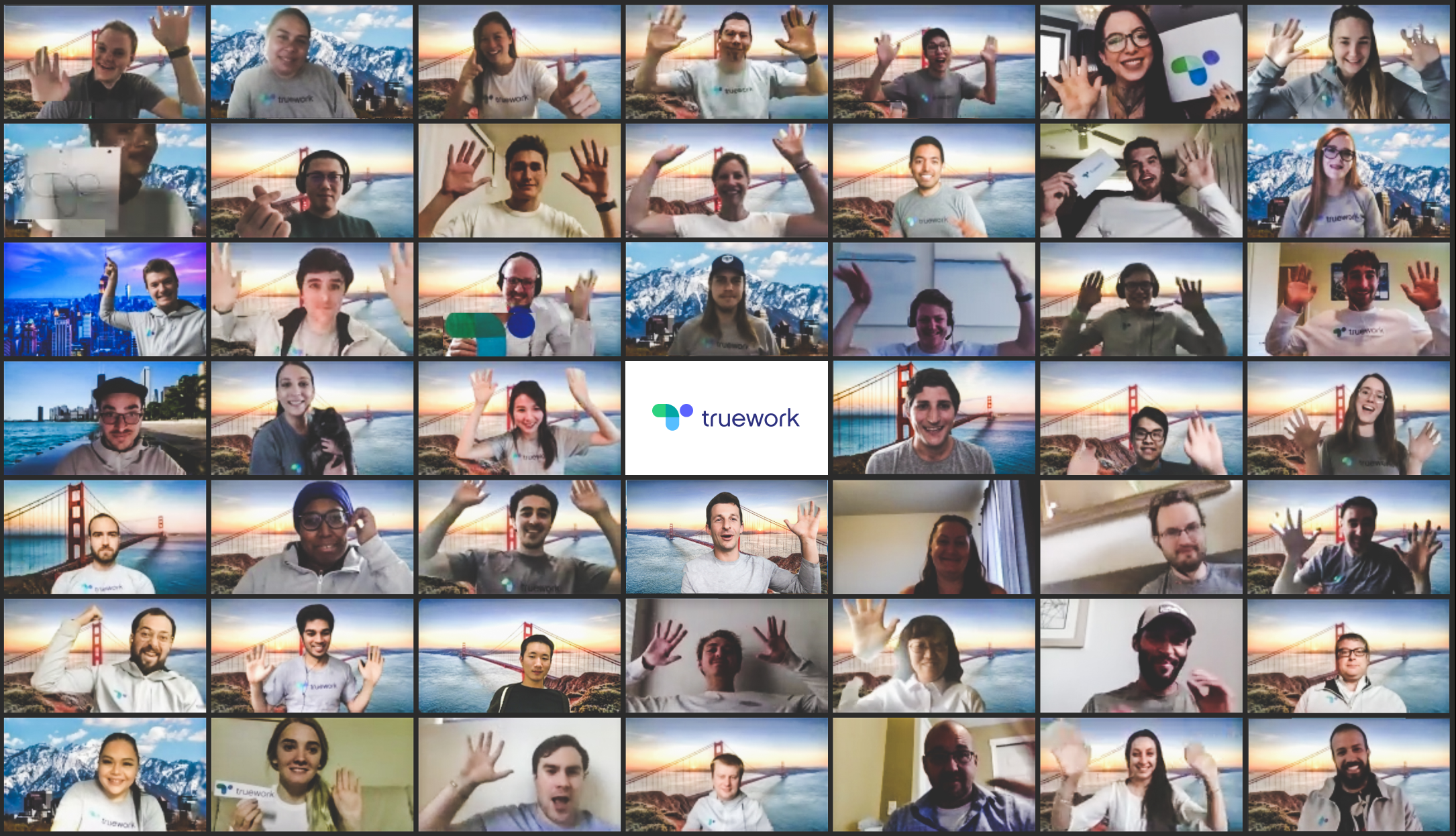 The Truework team after announcing their series B

Truework had been using a different session replay solution prior to LogRocket, but it didn’t improve the team’s efficiency as much as they’d hoped. “The issue with our previous session replay tool was that we had to manually reproduce errors across multiple tools,” explained Eric Bailey, software engineer. “It was a lot of aggregation that then required backward deduction. It was fragmented.”

After learning that LogRocket integrated with various solutions in their tech stack, Eric and Nick decided to give it a try. “Previously, we had multiple entry points to a given user session,” Eric said.

“With LogRocket, we now have all of that information and data consolidated in one place for analysis, whether it’s Sentry, or Datadog, or Optimizely, or Intercom.”

LogRocket is integral to almost every aspect of Truework’s development process, including measuring product success. “Typically, we have three criteria for product success at Truework,” said Nick. “Are conversions high, are errors low, and are we able to iterate off of features?”

Because of their commitment to continuous integration, Truework is constantly building minimum viable products (MVPs) to test new hypotheses. Often, the Truework team is concerned about the stability of its MVPs. “If we don’t have insight into performance, that’s bad. It can erode our confidence in pushing something forward,” said Nick.

But with LogRocket, the Truework team can quickly gain visibility into issues to understand how these MVPs — and their application as a whole — are performing.

“The quicker we can learn about what’s causing the issue, the faster we can push a feature forward, and the more value we add at Truework.”

A new solution to amplify the benefits of continuous integration

“We typically have three users. Verifiers like mortgage companies, banks, and lenders who need to verify job history or income. HR teams who are receiving verification requests for their employees. Employees who want more control, easier access, and greater transparency around their employment history,” explained Nick Beattie, senior software engineer. Truework makes the process of verifying identity easier and faster for every party involved, while also adding a layer of transparency and security for individuals.

Truework’s founders knew that to disrupt this industry, they’d need to move faster than the industry incumbents. This is why Truework’s development team embraced continuous integration, the practice of integrating new code into a shared repository on an ongoing basis.

Truework believes that the best way to test a hypothesis or a new feature is to build it and release it to its user base. By releasing new functionality behind a feature flag, Truework can gather data to better understand how its users will interact with the new feature. Truework then uses this data to enhance the efficiency, performance, and usability of its product before releasing the feature widely.

Before LogRocket, Truework utilized a different session replay solution, but it didn’t help the team move as quickly as it needed to. “We had issues with our previous session replay solution as it required a lot of manual reproduction and backward deduction, especially when it came to linking Sentry errors,” said Eric Bailey, software engineer.

“Did we see errors in the same time frame? What was the IP address? These were some of our only links from the session replay tool to Sentry, and they weren’t the most accurate.”

Eric and Nick pushed the team to give LogRocket a shot.

“LogRocket makes it as easy as possible to dig into these sessions. We could watch the session replay, see the network requests, and easily find user info. It couldn’t be easier to do, and as a result, we have more of our team using it.”

And more than just enabling Truework to find issues and deploy code faster, LogRocket improved the quality of the code overall.

LogRocket has increased the Truework engineering team’s efficiency because it serves as the central point of integration for multiple solutions, including Datadog, Optimizely, and Intercom. “Before an issue could have started anywhere, it was just complicated enough that no one sat down to figure out how to aggregate our issues. We’d just wait for big errors and go track them down. Now, even small errors aren’t a pain because LogRocket makes it easy to debug,” Eric explained.

Being able to quickly develop and release features issue-free only covers a portion of the development goals at Truework. Ensuring that these features are usable for their end users is paramount.

Truework tests and peer-reviews all new features prior to release. However, even the most robust internal testing can’t fully stress-test a new feature. “It’s really hard to understand exactly how actual end users will use a product or new feature,” said Eric.

Recently, Truework was redesigning its entire experience for one particular user group. Instead of deploying the entire redesign at once, the team pushed small updates to the test environment as they were ready. Now that the redesign is complete, Truework will incrementally release the redesign to its user base.

This is where LogRocket’s integration with Optimizely is huge for Truework. “We usually roll out new features behind a flag with Optimizely. This way, we experiment by having, say, 25 percent of our users exposed to this new feature. We can then see what happens with their experience, what errors they are getting, whether it impacts performance, or how they flow through our application,” Nick stated.

Incrementally rolling out these features with Optimizely allows Truework’s development team to utilize LogRocket Metrics to track performance and errors related to these new features. As Truework rolls out new features, LogRocket Metrics provides data that is easily disseminated and tailored to each member of the engineering team.

While the team had this data previously, it was siloed and difficult to access. “We have people that are really good with Google Analytics here, but not everyone on the dev team knows how to use Google Analytics,” Eric said. “The ability to make substantial changes and monitor your own updates and your own features with LogRocket Metrics is empowering,” added Nick.

LogRocket is a critical part of Truework’s continuous deployment model during both feature creation and deployment. The more end users utilize new features, the more data Truework collects to enhance the quality of its product. “It’s one thing to capture a lot of data, but if we can’t make sense of it easily, then it is kind of useless,” says Nick.

“LogRocket makes it easy to gather actionable knowledge around what’s going on with your users.”

Truework doesn’t stop gathering information to enhance their product once it is fully deployed.

As mentioned earlier, Truework has three distinct user personas, each of which has very different traits and habits. These differences range in role and function, from their comfort using technology in general to their browser or VPN preferences. “Each user has a different expectation when using and viewing Truework,” says Nick.

One thing Truework discovered after deploying several features was that the user’s browser choice could adversely impact their UX. With LogRocket, Truework has been able to understand which users, and which browsers, are being utilized within certain parts of its application. This information is then taken into account when monitoring new feature releases.

“After we turn on a new feature, we use LogRocket to see how it is performing overall or on something specific, like page load times for IE 11,”

He explained that LogRocket provides his team with the evidence necessary to determine whether a frontend problem was solved. “Did page load time decrease? If yes, great. If it didn’t help decrease our page load time, now we have some more work to do or additional things to investigate.”

If the Truework team notices that their frontend work didn’t have an impact, the next place they look is Datadog, their backend monitoring solution. For example, Truework began deprecating an old route as part of launching a new experience for one of its user personas. “One thing we needed to monitor was how many requests were still going to that old route, because we wanted to know how the user was getting there,” Nick said. “How were they requesting this data?”

LogRocket’s integration with Datadog allows the Truework team to see which users got to a route they weren’t supposed to access. “It helps us track down obscure links and make sure that users aren’t accessing old and out-of-date data,” explained Eric.

LogRocket’s visibility and its integration with Datadog provides the Truework team with the ability to create a better web experience even after new features are fully deployed.

With LogRocket, Eric, Nick, and the rest of the Truework team have the ability to create and track custom goals. They also have the capacity to immediately address any issues that plague their end users' experience.

When it comes to iterating on features, LogRocket’s ability to integrate with Truework’s existing tech stack — Optimizely, Sentry, Intercom, and Datadog — makes it easy for the Truework team to enhance their existing features and roll new ones.

Learn how other teams use LogRocket. 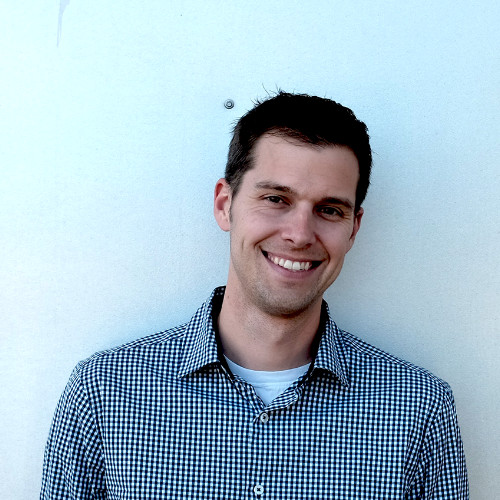 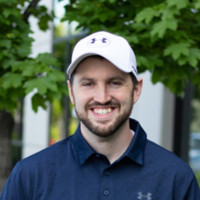 If that doesn't work, it's possible a browser extension like Ghostery is blocking the script.

Please contact our support team here and we'll help you out.